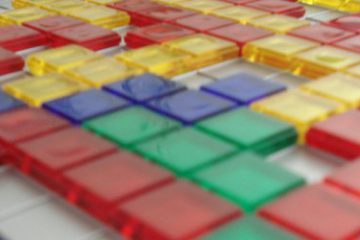 Yet another easy, quick and very clever game: your only goal in Blokus is to place all your tiles on the board, and the only restriction is that they must touch your other tiles, but only by a corner. Oh, and three other people are trying to do the same and get in your way.