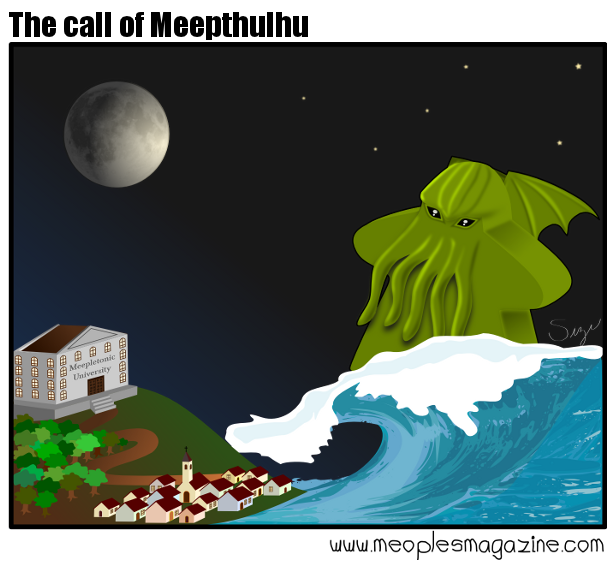 Hey everyone! Been a while, hasn’t it.

If you’re a regular reader then you may have noticed that we just dropped off the face of the Earth last year. I’m happy to say, rumors of our demise have been premature. Still, if you’re still here after all this time, I thought you might appreciate some explanation.

As many of you probably know, we do most of the work around here in two people, one of us doing the writing, the other maintaining the website and handling photography. We’re also not doing this as a job, we’re working full time and run the Meople’s Magazine as a hobby. Considering, daily boardgame news on social media, a weekly roundup, and a weekly review was always a harsh schedule. But it was fun, while we had the energy for it. It stopped being fun when, during 2019, our paying job turned into what we in the industry affectionately call “a shit show”. I don’t want to get into details, but let’s just say that having energy left in the evening was not a common occurrence.

Also, we’ve more and more run into what you might call an intrinsic problem of writing a game review every week: it got harder and harder to play games for fun. Don’t get me wrong, we enjoy learning new games and playing them to tell you about them. But the pressure to write a review every week – pressure that I put on myself, I should add – lead to situations where we wouldn’t replay games we enjoyed because I needed review material. When the people you commonly play with tell you they don’t want to learn a new strategy game because you’ll only play it a few times and then never again, then you know there’s a problem. When you find yourself saying it to yourself, then something has to change. Mostly as a result from this, I also wasn’t happy with my writing any more. All the reviews sounded the same to me, very formulaic, no creativity. Just meh.

And then, on top of all this, you may have heard there was a little pandemic going around. (Just to be clear, if you’re one of the various flavors of people denying the pandemic, or denying the need for widespread vaccination, then just go away and stay there. I’m not even kidding.) For us, that meant months of not meeting people, not playing new games, not doing anything to write about. The damn virus also didn’t help one bit with the feelings of burnout.

Together with everything else, we took that as the final straw to take a bit of a break.

A break, however, implies a resumption at some point, and I feel this point has come. I feel like writing about games again. Things will have to change some, though. We won’t be doing weekly reviews any more. Sometimes there will be one a week, sometimes there will be one a month. We want to play for fun, and then we want to tell you about the fun we had. No more play-to-write.

Also, the news will take a different form. I want to spread boardgame news, because following the newest games coming out is a lot of fun, but the long form news I was doing just weren’t sustainable. I don’t know exactly how the news will look in future.

Also, if you’re working for a boardgame publisher and had the smart idea of only spreading your news on Facebook, we’ll probably ignore you most of the time. You might not realize, but for someone trying to find news about your games, Facebook is a most hostile environment. The only way to find your news there is to go straight to your page, the news feed shows less than 10% of what you post and shuffles it up with a bunch high-grade toxic trash. If there were two or three of you I might go to your page and look once in a while. With hundreds of you seemingly not giving a flying cow patty if anyone sees your new games, as long as you get those tasty, tasty random likes… nope, not going to do it. Running your own website is cheap. So is a newsletter. If you actively want to hide your news on social media, it’s not my job to fix that for you.

And that’s basically it. I can’t tell you for sure when and how we’ll transition to being alive again, but I hope it’ll be soon.