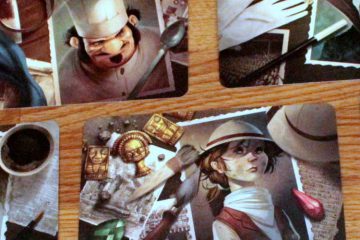 Many years ago, in Warwick Manor, there occurred a murder most foul. The crime had been carefully planned and so well executed that the police have ruled it an accident. But ever since Warwick Manor has not been the same. Haunted, they say. And in that haunting the new owner of Warwick Manor sees a chance to have the murder solved still, and the ghost thus laid to rest. He has invited the most famous psychics in the world to contact the ghost and discover what happened. A great plan in theory, if only the ghost wasn’t too traumatized by his death to clearly remember what happened, and if he hadn’t been a member of the Dixit fan club in life.