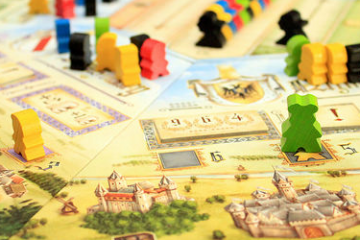 A huge Empire without a permanent capital is something that is hard to imagine today. But in medieval Europe, the Staufer emperors had their itinerant court, they would travel around their empire and rule from wherever they just happened to be. That way, everywhere in the empire could have the glory of hosting the emperor, and he would get first hand knowledge of what was going on everywhere. In The Staufer Dynasty, you are a member of the court of Henry VI, working hard to get members of your family into influential offices all over the empire.