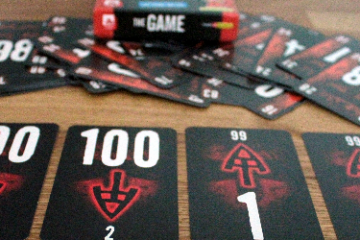 This is the game you will never find on Google. Because the name of the game is The Game, and that’s just not very distinctive. The Game is a cooperative card game that was nominated for the 2015 Spiel des Jahres. It’s small and abstract, but that doesn’t say anything about how much fun it is.

END_OF_DOCUMENT_TOKEN_TO_BE_REPLACED 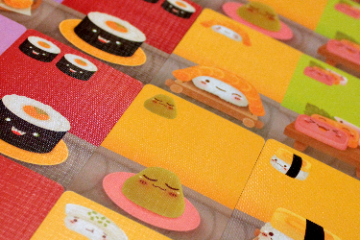 Contrary to most places you go to eat now, modern sushi was originally a type of fast food if Wikipedia is to be believed. It’s thus very fitting that Sushi Go! is a fast food type of game: you play it quickly, with no preparation needed, and then you go back for a second helping. Unlike fast food, however, you don’t have to feel guilty after Sushi Go!, it makes you neither fat nor sick, only entertained.

END_OF_DOCUMENT_TOKEN_TO_BE_REPLACED 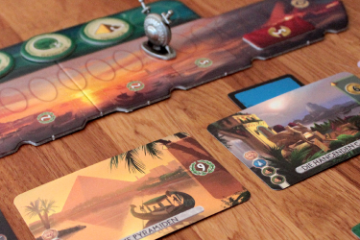 Mighty empires are fighting for supremacy over the ancient world. But where once up to seven empires where in contest, now there are only two. 7 Wonders: Duel condenses the action of 7 Wonders into a two player game, playing in two being the one weak spot 7 Wonders always had. To make that happen, many things had to change, but the game remains the same.

END_OF_DOCUMENT_TOKEN_TO_BE_REPLACED 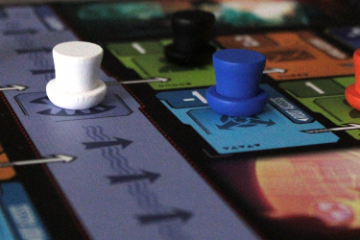 There have been many different ideas to spice up trick-taking games over the years. Black Hat’s way to do that is to add a game board where you move your pawns when you take a trick. A lot then depends on proper timing, you want to take a trick when moving on the board is the most beneficial for you.

END_OF_DOCUMENT_TOKEN_TO_BE_REPLACED 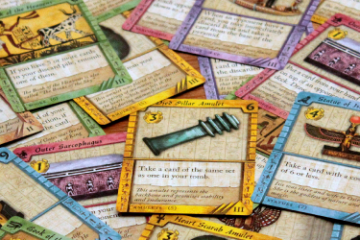 Death is when your life really starts. That, at least, was the belief of the ancient Egyptians, and they prepared for the afterlife by taking everything with them, plus the kitchen sink. If you thought the way your mother packed for a three week vacation was over the top, then you haven’t seen an Egyptian burial chamber. In Valley of the Kings, your goal is to stuff your tomb with more things than the other players, meaning that you’ll be richer than they are in the afterlife. And that’s all that counts, isn’t it?

END_OF_DOCUMENT_TOKEN_TO_BE_REPLACED 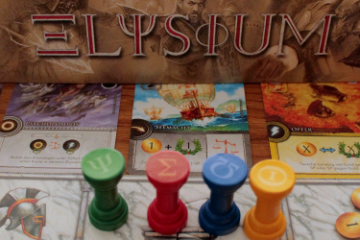 Usually, when a game tells you to create your own legend, it doesn’t mean you should kill the people participating in it. But when the game is named after the Greek underworld for heroes and demigods it was predictable that they would have to get there somehow, and the usual way is dying. But at least they will contribute to your legend and maybe help secure your place on Olympus.

END_OF_DOCUMENT_TOKEN_TO_BE_REPLACED 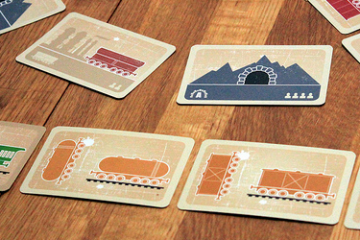 Trains, pick-up-and-deliver mechanic, set collection. All that doesn’t sound new, the mechanics have been used and even combined before, and there are more than a few train games out there. But Cargotrain takes those simple ingredients and mixes them up into something tasty and fun.

END_OF_DOCUMENT_TOKEN_TO_BE_REPLACED 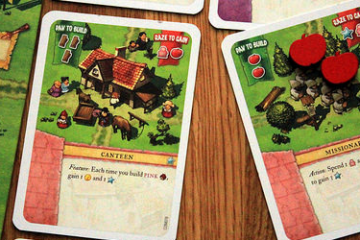 Egyptians, Romans, the Japanese empire, Barbarians – lets call those last ones huns, they seem to fit best with the illustrations. Four empires that were widely feared by their neighbors. Lets forget, for a moment, that they were not only separated by a few thousand kilometers but also also by a few hundred years. Physics is a funny thing, anything can happen if you just get lost enough. That’s how colonists from these four empires end up on a mysterious island, where they all start building an outpost of their culture. It’s only a matter of time before they run out of space and into each other. Welcome to Imperial Settlers.

END_OF_DOCUMENT_TOKEN_TO_BE_REPLACED 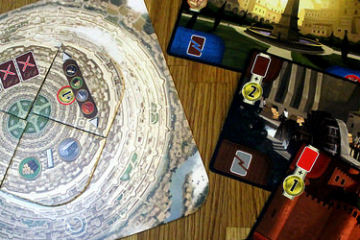 7 Wonders is still one of the most popular games out there. Simple rules, quick to play even with 7 players, different every time you play. It’s no wonder the expansions keep coming. They might not necessarily improve the game, just because it’s very good already, but they add enough to keep 7 Wonders interesting even after many, many games played. Babel is the latest expansion, and the one that changes the game the most yet.

END_OF_DOCUMENT_TOKEN_TO_BE_REPLACED 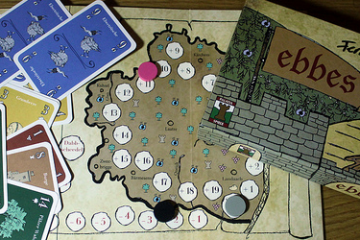 ebbes means “something” in the dialect of the Palatinate area of Germany. Asking to play ebbes there might not immediately make someone get up and get this card game, because you might be asking to play something, with no indication what exactly. Fortunately, that is not a problem anywhere else in the world, as far as I’m aware, and you can enjoy the game without suffering from linguistic confusion first.