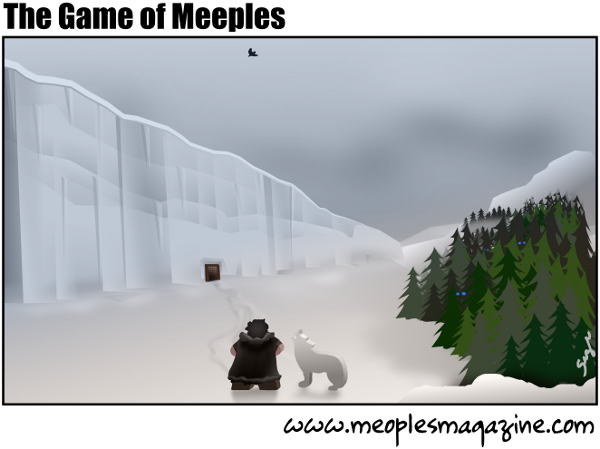 The air beyond the wall was even colder than in the Night Watch’s fortress. Much colder. And it was not just the weather, there was something else. Even his dire wolple – that would be a wolf meeple, just in case you’re new around here – was nervous. Little did John know about the eyes watching him, and even less about his father having his meeplish head sawed off this very moment, thousands of hexes south of here. All he knew was that nothing would ever come across The Wall without rolling a lot of critical strikes first. At least he hopes to the old gods and the new that that was true, because in the game of meeples, either you roll sixes, or you die.